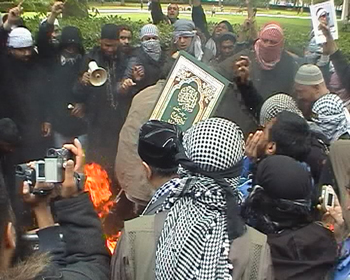 At the recent protest outside the US embassy I caught the evil terrorists- who were themselves complaining about abuses of the Koran in Guantanamo desecrating socialist worker party banners. 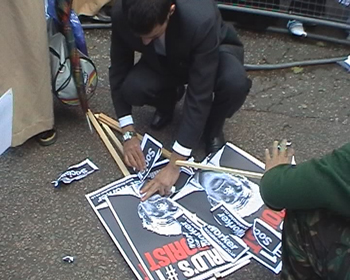 I wrote a piece about my strange encounter with the British Left wing party system here. Maybe I was a bit nasty, I don't know. Its interesting that to get political power they have had to fit their traditional British left wing stance around some Muslim issues they must struggle with.

I must admit that following the hilarious capers in Bethnal Green I actually wish them well. 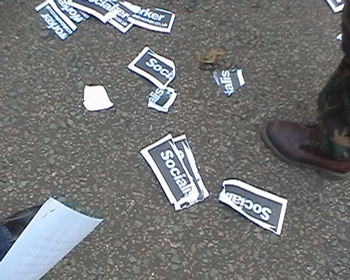 come the revolution these lot will be the first up against the wall!
Posted by DAVE BONES at Sunday, June 12, 2005