I've got to take a break from this and go dancing somewhere for a week or so, or to do something I have never done before. Anything. I miss Thai street food and thai pissheads who sit out at night playing beatles songs on acoustic guitars. I miss the chloroform sniffing street kids in Delhi. 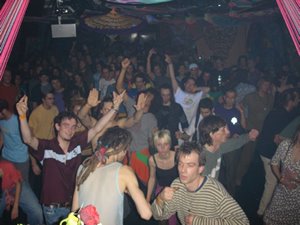 I was invited to the LSD symposium in Basel where a friend of mine was putting on a fantastic party which I had to turn down because of the trial. In the last few years its been very hard for me to take acid with all of this Fundamental Islam in my head.

I've missed the only chance to say happy 100th! to Albert Hofman for what? Where am I going with this?
I still wonder why I've put so much energy into this when I used to be just a party animal.

One of the main reasons I started was because I was trying to stop smoking dope and needed something to "get my teeth into" to consume my time where the outcome was unknown.

The outcome is still very unknown but I am not sad that I have met the people I have met. I wonder if an MI-5 file will haunt me one day. I wonder if I would have trouble getting into America, whether I would be pulled in for associating with "known terrorists". I hope not. I've got a map of the US on my wall and since I got back from India in 2000 (2001?) I've always thought I was heading for America next. 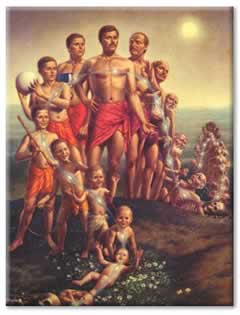 I don't have the "AmeriKKKa" hatred that a lot of lefties have, especially after meeting so many nice Texans online.

I want to put out a karmic blessing to everyone whatever your faith and beliefs. Big up to the HUMAN SPIRIT. This planet can be beautiful for everyone. I believe that and I am a bi-polar schizoid dope fiend. I used to sit with people who had this belief but sitting with people who agreed with each other at a time when my country was going to war became deeply unsatisfying to the point when I had to leave it.

I chose to test my belief with those the media were saying would do me harm. I was nervous all the time but have never felt threatened. I've laughed, I've cried. I watched blood curdling speeches from many years ago. I heard the man who said these things speak in court of an Islam which sounded great.

I don't understand people. I feel really remote. I feel a deep love for humanity as a whole but no real love for any individuals who are close. I just drift through. When I look into my eyes in the mirror I'm not there anymore. I haven't been for ages. I'm sort of used to it. I'm a slave of habit. Addiction.

Ah well thats me for the night.
Posted by DAVE BONES at Friday, February 10, 2006

Sorry I lunched out on you the over evening.

no worries. Slave to your own addictions!

You see what Hugo's been saying today?

That sort of heart-felt soul-searching honesty would go a long, long way to healing the planet, were it applied on a broad scale.

I'm with you, people are people: I am he as you are he as you are me and we are all together. The human potential is an awesome promise. We've just been suckered onto a path of self-indulgence, and live the lonely lie of the individual.

Self is like gender, it should be celebrated, while not losing sight of our collective destiny and interconnected reality.

You should come to America, Bones, it has become a chain of beautiful islands in a tumultuous stream. Wear your samurai gear.

Yeah, I'm a lot more positive about America despite the poltitical direction it always seems to get drawn into. I was focusing energy into the map on my wall last night.

Are you still blogging new stuff anywhere or are your "blog collages" finnished items?

I just update God is NOT an Asshole as a running archive of things that catch my eye. My sludgereport and other blogs rarely see any attention. Occassionally I'll publish an essay somewhere, but I try not to get up on my soap-box too often...except on other people's blogs.

Regarding America, there is an odd cultual phenomenon underway that cuts at the fabric of the public will of the good folks here. Some call it moral relativism, etc, but it seems more complex than that (if that weren't enough).

There is much to consider about the American transformation in the midst of this turning age, but it is a real and disturbing thing to watch the detatchment from nature and the embracing of the artificial. Technofix is emerging as a religion.

It's funny to me how people can become preoccupied with one edge of a double-edged sword...to the exclusion of the other.

Too often lately, we seem to forget how things can cut two ways.

If MI-5 or our authorities give you trouble, point them to your blog. None of your real readers would want to throw you in prison or deport you.

I'm praying you seek out a group of people who are good for you. Like L'Abri or something.

Cheers! I do point them to my blog, they have been a big reason for keeping this blog.

Are they christian retreats you have linked to? I'm pretty sure they would diagnose demon posession in a very short time...

Indigo what part of the states are you?

I've probably asked you before but I have forgotten.

another Texan blogger. Would you Adam and eve it.

The L'Abri folks don't seem like the type to diagnose demon posession.

Glad to see others giving you a shout-out, too.

Hi Bri, where you bin? where your blog go?

Cheers Mr. Scrutinator, I'm sure they are genuine people. Thing is when people try and tell me about christian solutions to my mental well-being they don't realise that I've heard it before because I used to preach it myself.

All the brothers tell me Islamic solutions... if I ever felt there was a God I would say so, you know?

I have not got the same moral values as monotheists have.

I've thought of going back for another tangle with the gurgling toad buddha, but I don't think I could handle his gurgling anymore either.

indigo- half the bloggers I come across are from Texas.

Yeah, it seems that way, Texans have proliferated to an alarming degree.

Regarding your curious question of would I 'Adam and Eve it?'...now that is an odd thing to consider. The multi-layered meaning of religious myth isn't lost on me, even if I wouldn't necessarily be into a reinactment.

Myths are invaluable cultural lessons, but, like Babelfish translations, aren't worth much taken strictly literally. Sometimes the snake in the garden seems like the spice in the chili.

If you were asking if I'd run wild and naked in the garden...I damn sure would, have, and will again.